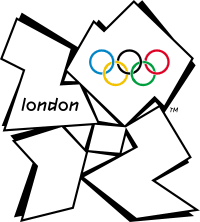 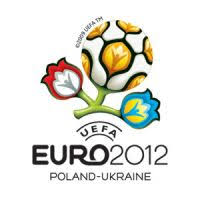 Due to the recent recession, fans, citizens, small businesses, and other companies alike have compiled financial hardship.  These financial woes have not seemed to affect ticket sales at sporting events, but sports apparel companies are not immune.

At the close of the first quarter, February 29th, Nike announced that they had increased profits by 7% in comparison to the same period of the prior year.  The largest sports apparel company in the world mentioned that it had not reduced the number of products they offer in light of the recent recession.

Fueled by the recent European Football Championships, Nike saw sales in Europe rise despite financial issues plaguing the European Union and the entire continent.  Nike remarked that their revenues in North America and China also rose, and that their sales in the U.S. remain high and above their largest market.

On the other hand, Nike has lost about 9% of its market cap and it’s per share has fallen from $1.23 to $1.17.  Overall though it seems like the goliath of a company has not been fazed too much by the world’s collective pecuniary troubles.

The new Nike NFL jerseys continue to sell well, and with the NFL season rapidly approaching, sales can only rise.  In addition, Nike and rival Adidas will both benefit greatly from the upcoming Summer Olympics in London, England that begin July 27.

While Olympic rules do not allow its sponsors to advertise their brands at Olympic venues, with almost every runner, track & field star, swimmer, etc. wearing Nike and Adidas gear, the Olympics will be choc full of free advertisements for the two companies.  Adidas sees this as an opportunity to gain ground in the coveted British market that Nike has dominated for so long.

Authentic Store Buzz: Recent arrivals at the store with a soccer theme surrounding the Major League Soccer All Star Game to be played at PPL Park in Chester, Pa. on July 25 include felt pennants, ticket lanyards, and window clings.

The MLS all stars will face off against London-based Chelsea FC in a rematch of a 2006 1-0 MLS all star victory in suburban Chicago.

We’ll have a reprint of the SI cover for Bob to sign.  Hope to see you at out store as again the soccer community in the Philly region will be alive with the MLS All Star match the following Wednesday, July 25.

Authentically Speaking Trivia Time: What year did the Philadelphia Eagles place the familiar wings on their helmet?  Answer on Monday.

Thursday’s answer:  Wide receiver Tommy McDonald (shown here in a 1965 picture as a Los Angeles Ram) who played with five teams from 1957-1968.